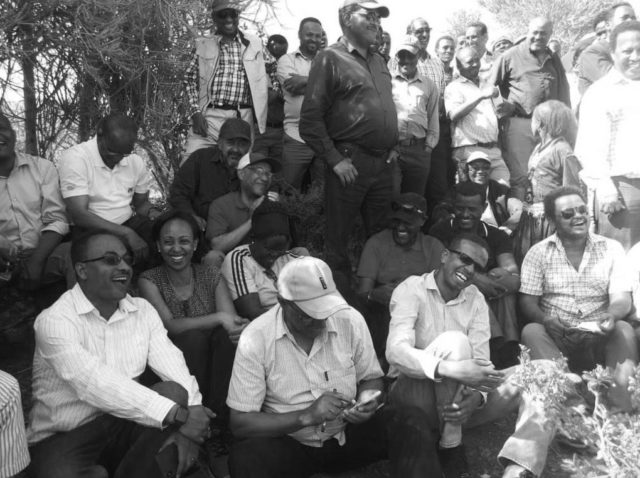 In July 2015, the Government of Ethiopia announced its multi-year plan to end stunting in Ethiopia. Named after one of Ethiopia’s worst famine-stricken areas, the Seqota Declaration commits to eradicating the underlying causes of chronic undernutrition and ending stunting among children under 2 years by 2030. The Seqota Declaration has been endorsed and embedded into the National Growth and Transformation Plan, making it among Ethiopia’s highest level commitments. The Seqota Declaration builds on the “Cost of Hunger” study commissioned by the government in 2013, which showed that the annual costs associated with child undernutrition in Ethiopia are equivalent to 16.5% of its GDP. Eliminating stunting in Ethiopia is therefore a crucial underpinning to the country’s growth and transformation agenda.

To deliver on this commitment, the government must double the rate of stunting reduction nationally and maintain an even higher reduction rate in high-burden areas. This ambitious goal requires a robust multisectoral response and a strategic geographic focus. The initial geographic focus covers woredas (districts) with the highest stunting rates in the country along the Tekeze river basin, with a population of 4 million and a catchment area of 64,000 sq. km. Stunting rates are as high as 60-80 percent in this region.

By operationalizing a truly multisectoral response, through one plan, one budget, and one report, and using monthly growth monitoring for children under 2 years as the confirmation that households are effectively being reached with integrated interventions, the government is charting a new blueprint for development. If stunting is successfully eliminated at the dramatic rate projected in this exceptionally difficult region, it will move the needle on the national rate, as well as demonstrate potential for elimination anywhere in the country. This cross-sectoral response will further create a model for operationalizing effective cross-government collaboration that could be applied in other countries.

38% of children under five are stunted
16.5% of GDP lost due to undernutrition
2030 target date for eliminating child undernutrition

Big Win has been involved since the launch of the 2015 Seqota Initiative, supporting the full cadre of leaders, led by Deputy Prime Minister Demeke Mekonnen and including the federal ministers of health, water, agriculture, finance, education, social affairs, the regional presidents of Amhara and Tigray and their respective teams, to develop an integrated plan that provides value for money, and to assure quality delivery on the ground.

Despite Ethiopia’s significant progress over the past 15 years in reducing stunting – achieving on average a 1% reduction every year – 38% of children under age 5 are still stunted. The government has recognized that this pace is not sufficient and requires innovative strategies to meet the ambitious goal of ending stunting by 2030. The Seqota Declaration envisions fundamentally addressing the root causes of undernutrition in a highly challenging environment by fostering intersectoral collaboration; operationalizing the concept of one plan, one budget, and one report; and reaching vulnerable households with integrated, high-impact interventions.

The goal of ending undernutrition requires maximizing efforts through a synergistic approach that goes beyond incremental change and achieves transformative progress towards a prosperous nation. The government has mobilized an unprecedented multisectoral effort to coordinate federal and regional governments under the Woreda Transformation agenda. Big Win is supporting coordination of these multiple players and teams to mobilize behind a unified, high impact, cost effective plan.

The first milestone of the effort to integrate a range of initiatives under one plan and one budget, and the adoption of a system of collective oversight, is now in place. The plan encompasses: climate- and nutrition-smart investments and interventions; improving diets, water and sanitation at the household level; and ensuring sustainable agricultural production and practices.

The indicators selected to measure progress towards the government’s goal seek to ensure households are benefitting from the overall development of the nation in all parameters of development (social, economic, environmental).

The program has rapidly become a national exemplar for driving nutritional transformation nationwide and could serve as a model for Africa as well as countries further afar.

Supporting the Seqota Declaration was among Big Win’s earliest government partnerships. Our support has included:

The PDUs have played a pivotal role in the development of one well-prioritized multisectoral action plan, which includes clear targets, a mapping of resources across the different sectors, and a monthly growth monitoring strategy for children under 5 years as a proxy measure of the impact of the multisectoral interventions at the household level. They will be supporting the leadership and implementing teams in the Seqota region in the ongoing monitoring process and addressing areas that need course correction.

The Bill and Melinda Gates Foundation and the World Bank will be funding expansion of this nutrition-focused multi-sectoral PDU model to other regions in the country. Each new regional PDU will link to the existing federal one ensuring best practices and learnings can be effectively shared.

Technical expertise and study tours: Big Win has provided technical expertise to assist the government in upgrading and integrating each sector’s initiatives into one plan with one budget, ensuring that it can be implemented efficiently and effectively.

We arranged for the coalition of Ministers and Regional Presidents to conduct a site visit to Israel to draw on their expertise in water and agricultural management. The visit inspired the Minister of Water to commission geospatial satellite imaging of water sources in the entire Tekeze basin.

Big Win is now supporting the Ministry of Water in undertaking a comprehensive water management plan to ensure that 3 million people have access to clean water within a 5km radius. We are further working with the Ministers of Water, Agriculture and Health to ensure to ensure 100 percent of households have access to adequate food all year round. As part of its efforts under the initiative, the Ministry of Agriculture is prioritizing ensuring that every household has sufficient access to protein, marking a departure from its previous focus on increased productivity in kebeles (local neighborhoods). This includes a plan to distribute 1 million chickens and 800,000 goats over the next two years.

An inter-ministerial field visit to Seqota was carried out in February 2019 to confirm that the developing plan aligned with the contextual realities and optimized existing implementation platforms. The field visit generated momentum, fostered collaborative team spirit, and ignited a truly multi-sectoral action resulting in an endorsed set of priorities that will be implemented and tracked over the next two years. The ministers have started to meet every fortnight and are rallying behind a multi-sectoral woreda transformation agenda by leveraging the relative strength of each sector and developing harmonized criteria for model households, kebeles (neighborhoods), and woredas (districts).

Big Win is also providing technical assistance for integrated model household training programs and a social movement. Through this movement, we are supporting the government to improve breastfeeding practices, handwashing, and diets for pregnant women, and to work with religious leaders to limit fasting for young children.

Target setting and monitoring support: In addition to assisting the government to implement a one plan, one budget approach, Big Win is supporting the development of a performance scorecard that will be used to track progress in real time, disseminate best practices and enable rapid intervention wherever the program is underperforming.

This new approach has already attracted substantial further investment from internal and external resources. Each of the sectors, regions and federal government have increased their financial commitments to support the new unified plan. External partners are further aligning their commitments. The government is currently exploring a partnership with the African Development Bank (AfDB) in an effort that would align with President Adesina’s priority to raise investments in “grey matter infrastructure” and expedite the rate of stunting elimination across the continent.

The Cost of Hunger in Africa, Implications for the Growth and Transformation of Ethiopia, The Social and Economic Impact of Child Undernutrition in Ethiopia, World Food Programme and the African Union Commission, 2013